“Huntsman, take Snow White to the forest and kill her. Cut out her heart and bring it to me in this box!”

Think of a step parent and the first thing that comes to mind is the cackling, jealous witch who played step mother to Snow White in the epic fairy tale immortalized on screen by Disney Movies. An evil being who has no concern for her step daughter, and can even go so far as to order her death. That’s the way popular media and fiction depicts step parents. Unfortunately there is a persistent image of the step-parent being bad or mean to their step- children in the media. This could be no farther than the truth. The majority of step- parents are definitely not evil, mean or behave badly with their step -children. They are just human beings trying to do their best in a somewhat uncomfortable situation.

Today it is a common thing for couples to be on their second marriages with children in tow. The promise of a happy family with a second spouse is not an unrealistic one. It can be easier if both partners are parents and are bringing their children into the newly formed family unit. This way each adult has some experience regarding what it means to be a parent in the new blended family. It could be total mayhem initially but things will settle down with an adaptation of rules from both families coming into play in the new family unit.  This may not always be the case as some times the future spouse may not have children of their own. It can be difficult for them to find a connection with children whom they have not raised from birth.

By showing a sustained interest in the step- child a step- parent may be able to forge a bond with the child. However you must be alert to the fact that there is no “one size fits all” way of parenting.  It could be easier if they have a shared interest like music or a certain hobby like collecting stamps or even building model aircrafts. It could even pay dividends for the step – parent to indulge in an interest, that the child is known to have, to develop this bond. Just remember that children have an inborn lie detector as a survival tool, so don’t try to fake interest in them. They will catch on quick and you will lose respect in their eyes. Being genuinely interested in the child’s life is the only way that you can get them to share what’s happening in it. Be there for them as a shoulder to cry on in their difficulties, but don’t offer unsolicited advice.

Don’t try to take the place of the parent :

Remember that you are the new comer to this equation. Your spouse and step child have known each other longer and have pre-set patterns of behavior that you will have to learn. As each household can have different rules it may be difficult for you to impose your own rules on the step-child even if you think that they have great value. Parents have different styles of disciplining their children and the step-parents must bow to the parent’s techniques of parenting when it comes to the step -child. Understand that the child will not see you as their new parent even if you consider yourself one. You can never replace the original Mom or Dad, try to accept that fact. Be the favorite Aunt or Uncle instead. It may hurt when the child refuses to call you Mom or Dad and you may work together to come up with a special form of address that will please both the child and you.

You are the adult and the child may be too young to handle the emotional upheaval of being made a part of the new blended family. Try and be nonthreatening to the child. The child is bound to be jealous of you spending time with their parent as it cuts into the time that the parent can spend with them. Make it a point to include the child in your activities as far as possible. This does not mean that you do away with quality time with your new spouse, but be sensitive to the child’s feelings. The child is likely to be full of insecurities and as the parents you are responsible for comforting the child.

As in any relationship communication is the key :

Talking about feelings is the best way to accept them and move on. By ensuring that you communicate your needs and wants to your step- child and allowing them to do the same with you, the step- parent will have a much better idea of where the relationship is headed. Ask the step child how much time they would like to spend with you, what they would like to do in that time, and how you can make things better. Accept criticism with grace. Remember there may be times that a child may say things that they really do not mean just to hurt you because they are hurting themselves. Don’t take everything they say to heart and learn to read between the lines to decipher what they really mean.

Being a parent is hard work, ask any biological parent dealing with their own brood. Being a step-parent is just as difficult, but with perseverance and good planning you can succeed. Just remember each family situation is different and these are just helpful hints that may or may not work in your case.

A few of the Dilmilgaya fans 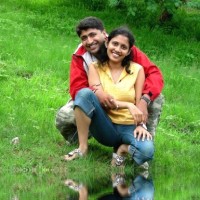