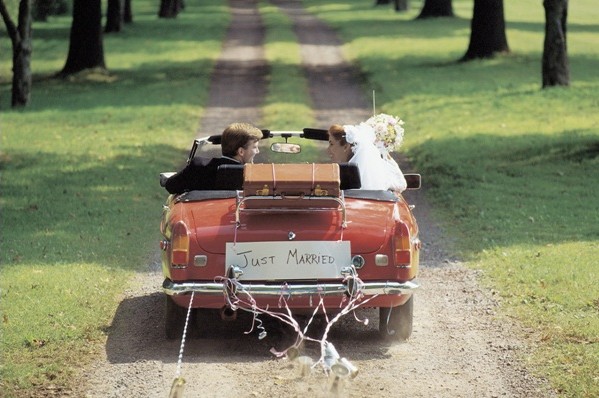 The critics say: Marriage is not a word but a (life) sentence! But is this just one of those things that people like to joke about?

The making of a couple joined in marriage begins with a joyous wedding ceremony, which is then followed by a blissful holiday or honeymoon where the two separate people get to know one another intimately and should be the beginning of the time when they get known as or begin to feel as one! In India the ‘better half’ is known as ‘ardhangi’ – or the ‘other half’, and the wife has traditionally been referred to as ‘ardhangini’ (though references to the man as ‘ardhangi’ are few!). The honeymoon period could last a few weeks or even forever and a day… if only you allow it to. Or if you get the right kind of advice. What is the advice that is sought or ought to be sought or given by parents or family or friends of the soon-to-be-married couple? In fact very little! Yes, so many myths abound with respect to marriage and so much is heard and seen that it is only assumed that all that is to be known is already known by the time one is ‘ready’ to be married.

But no two individuals are alike. So also, no two marriages share the same experiences or can have similar patterns.

Then how can advice be given if no marriage can be like any other? Here is the catch.

While all marriages are not alike there are a set of ‘truths’ that you should be aware of to ensure a blissfully wedded life.  I call them the ten truths of marriage (or Ten-ToM).

First, realize that no two marriages are alike.

Second, the person you date or know before marriage is not the same after marriage.

Fourth, caring is an essential part of marriage – in fact the most important – if you care, it will show. And if you don’t, then opt out as soon as possible, unless you can fake it enough to start beginning to really care.

Fifth, be as truthful as you can – first to yourself, and then to your partner. This may seem easy, but is not as easy as you think. It needs practice.

Sixth, allow your spouse enough breathing space. Over possessiveness is bad for the health of both – and obsession can spell death of a relationship.

Seventh, Ensure that you and your partner have enough work that can give enough finances to live on and that there is promise of more… one can never tell what the future entails.

Eighth, Ensure that you both have at least one hobby that you are passionate about and can indulge in together – an outdoor sport, or indoor sport that you both equally enjoy, and that could hold you together.

Ninth, your spouse’s family is also your family and hopefully your spouse’s friends can become yours, but if you do sense any discomfort, then maintain a cordial distance.

Tenth,  life is no longer going to be the same, so you better be prepared for it; this is really the time when you are an adult, ready probably to make a success of your company with its two partners: Marriage Inc. and plan on extending the family and by how many…

All the very best for a happy and successful Marriage Inc.

The saying goes: We can choose our friends but not our family! Though in life we do get a good chance to make a friend a family member… and that is when we find the right marriage partner!

So make sure you make good this time, and choose the right family member. Do not allow anybody (family member, friend, or even partner) to talk you into rushing into a marriage without you being fully mentally prepared.

To look at the world with rosy spectacles is great, very positive, but to actually believe that the honeymoon can last forever is unrealistic. The bubble must burst if there is one…

And the joke I heard this afternoon only :

Son: Is it true? Dad, I heard that in ancient China, a man doesn’t know his wife until he marries.
Father: That happens everywhere, son, everywhere…

So often we get into a marriage expecting the spouse to be just like in the courtship days, when poof!  We expect it to be a story of the frog prince, but this turns out to be quite the reverse.

It is all about expectations, understanding and tons of love.

A few of the Dilmilgaya fans